England comprises of the southern and central two-thirds of Great Britain Island as well as several offshore islands including the Isle of Wight, the largest of these islands. England has an estimated 60 million residents and it’s area measures 244,800 square kilometers.

England is bordered by Scotland to the north and Wales to the west. Though England is divided from France by the sea, it is only 38 km from the French shores. The English channel divides England from France. However, there is a Channel Tunnel that is near Folkestone which links England to France.

Most of the country of England consists of large rolling hills and vast plains; however, northern England is much more mountainous with a stretching string of short mountains known most commonly as the Pennines which divides the east from the west in the country. The line that divides the two terrain types is normally indicated by a line called the Tees-Exe line. The Tees-Exe line is a large area of flat marshland that has largely been developed and converted into agricultural land.

In England, London is the largest city with a estimated population of 7,200,00 people. Manchester and Birmingham are next in size and are roughly the same in both population and area. Throughout England, there are also a great number of cities that are of substantial in size such as Bristol, Liverpool, Leeds, Newcastle, Sheffield, and Newcastle. These cities are mostly located in northern England. 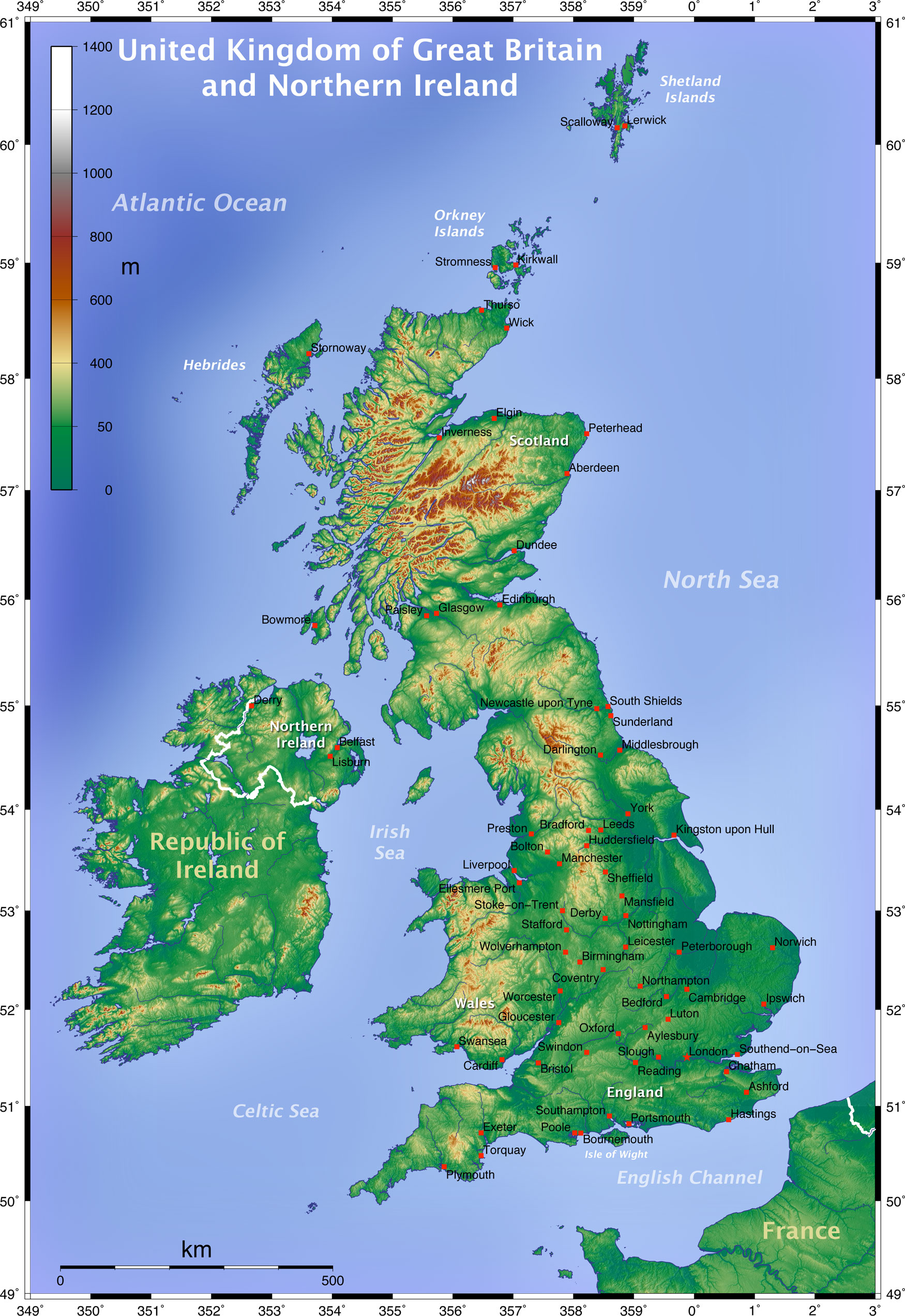